What You Need To Do Now Instead of Taking Shortcuts 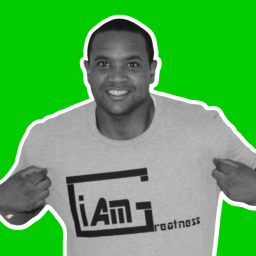 “There are no shortcuts to any place worth going.” -Beverly Sills

There Are No Shortcuts To Success

I’ve said this before, and I’ll repeat it, we live in a microwave society. Everybody wants the quick fix, so we look for short cuts that manipulate our thinking like, “Six Week Abs” or “Become a Millionaire in 30 Days”.

We do what they say and try everything under the sun hoping the statements are factual. When reality sets in, we discover they were nothing but misleading claims. In actuality, all they had to offer us was just the tip of the iceberg. They sold us a taste of what we needed and left us to figure out the rest as they ran away with our money.

If you believe you can go from 40% body fat to 12% or lower in just six short weeks, you need a serious wake-up call, and reading this article isn’t going to help.

And, if you think you’re magically going to begin making over one million dollars a month from an investment or new business venture, you have lost your mind. You require an immediate psyche evaluation.

It’s not that those opportunities don’t exist, it’s just unlikely that you will have the finances to be a part of them.

What You Want is Real

I know you’re going to hate me for saying this, but everything you want is on the other side of hard work and perseverance for an undisclosed amount of time. You can have six-pack abs, but it will likely take longer than six weeks. You can become a millionaire, but it may take longer than 30 days.

What you can do is this, realize the goals you’ve created for yourself and what you want in life are real. They do exist. You’ll just have to work for them—some of those things may need to be worked on for a prolonged period that you may not have anticipated initially.

Know this, what you want is real. You just have to get up and go get it.

End Your Search For The Magic Pill

“Hard work is not easy, but it’s fair.” -Larry Holmes

From October 2009 to September 2010, I lived in Al-Diwaniyah, Iraq. To be completely transparent, I wasn’t the best soldier in the world when I landed there. Probably not how you want to be when going to war.

Truthfully, I hated being in the military. I was continually getting in trouble, and I was overweight and out of shape soldier by Army standards. The one good thing about me was I’ve always been motivated to be better.

As a result of my personal motivation, I was able to get my act together while in Iraq. The first thing I did was start reading magazines about health and fitness. In the process, I learned different workout routines and healthy meal plans.

My efforts yielded success. I recorded my highest physical fitness score while in the Army (294), and I lost around 40 pounds. I was stronger, smarter, and faster. This was all possible through hard work, educating myself on fitness and nutrition, and a consistent, determined effort in the direction of being an all-around better soldier for those around me.

I went from being talked down to regularly to the guy many looked up to and wanted to emulate.

I remember one soldier (Dish was his nickname) who wanted to know everything from my workout routine to what I was eating daily. I had no secrets, so I was more than willing to share with him everything I had done at that point to get where I was.

We sat down together, and I wrote out workouts I performed on specific days and even a daily set of meal plans. He then shadowed me for a few days to see everything for himself.

After a week or so, I bumped into Dish’s roommate. He told me Dish was upset about the information I had given him. According to Dish, nothing I told him was working, and he believed I didn’t tell him everything. In other words, he thought I was lying and withholding information.

I never confronted Dish about it, but I was disappointed by his comments. I told him what I was doing in and out of the gym. I gave him meal plans down to the supplements I was taking. Everything had been written out for him.

And, I had every right to be upset because I had been 100% honest with him. I just didn’t know what he was really searching for.

Unknown to me at the time, Dish was looking for the cheat codes. Dish saw that I had gotten in good shape and wanted to know how I did it. When Dish found out I did it the hard way, he thought I was lying to him.

He came to me looking for the magic pill. I’ve now realized he hoped I was taking some supplement he wasn’t aware of that would lead to him shedding pounds and gaining strength quickly. Unfortunately, I had no secrets to tell.

In Dish’s mind, I had lost the weight and gained strength over a short period. In reality, it happened slowly over 6-8 months. It took patience, hard work, and discipline.

Become The Person Who Can Accomplish The Goal

The main point is, hard work is not easy, but it’s fair. I put in the work, reaped the benefits, and got results.

On the other hand, Dish was looking for a quick fix in the form of some miracle pill or supplement. Dish was attempting to cheat the process and himself. Life doesn’t work that way. Unfortunately, there aren’t many quick fixes or shortcuts.

When you set a goal for yourself, the only way you can achieve it is by becoming the person capable of accomplishing that goal. Had Dish followed my plan for a month instead of a week, he may have achieved better results. Instead, he took the easy route and made me out to be a liar.

Remove this idea in your head that there is a pill you can take or a life hack you can implement to achieve the success you want. Realize that God has already given you everything you need to succeed in life. And if you add hard work, determination, and a consistent effort to that, YOU WILL NOT FAIL.

US Army Veteran, Motivational Speaker, Author, and Entrepreneur. Fan of the Philadelphia 76ers. Only interested in making the world a better place one person and post at a time.

Please log in again. The login page will open in a new tab. After logging in you can close it and return to this page.

We use cookies on our website to give you the most relevant experience by remembering your preferences and repeat visits. By clicking “Accept”, you consent to the use of ALL the cookies.
Cookie settingsACCEPT
Manage consent

This website uses cookies to improve your experience while you navigate through the website. Out of these, the cookies that are categorized as necessary are stored on your browser as they are essential for the working of basic functionalities of the website. We also use third-party cookies that help us analyze and understand how you use this website. These cookies will be stored in your browser only with your consent. You also have the option to opt-out of these cookies. But opting out of some of these cookies may affect your browsing experience.
Necessary Always Enabled
Necessary cookies are absolutely essential for the website to function properly. This category only includes cookies that ensures basic functionalities and security features of the website. These cookies do not store any personal information.
Non-necessary
Any cookies that may not be particularly necessary for the website to function and is used specifically to collect user personal data via analytics, ads, other embedded contents are termed as non-necessary cookies. It is mandatory to procure user consent prior to running these cookies on your website.
SAVE & ACCEPT